We strive to offer the best pecans, with freshness and beautiful golden color. We select our pecans from several improved varieties, as well as the original native pecan. We hope you find shopping with us a pleasant experience, and if we can offer you something you don’t see on the site, don’t hesitate to reach out.

THE STORY OF LAMPMAN PECAN CO.

Lampman Pecan Co. has a long history of togetherness. It all began in 1954 when Jim and Teresa began first grade together in Alvarado, Texas. They continued their acquaintance throughout the 12 years of public school. You could say they were high school sweethearts; they began dating in March of their Senior year. They married in September of 1970, not knowing all that was in store for their future. In January of 1971, they moved to DeLeon, Texas, to manage a grocery store owned by Jim’s parents, Lawrence & Glenna Lampman.

After three years of service, Jim opted to go out on his own, buying a small grocery store in Downing, Texas. This was the beginning of Lampman Pecan Co.

One day a local resident asked the young couple if they would like to make some Christmas money. Well, that was an easy question to answer. They accepted the challenge of harvesting the pecans on his farm. This paved the way to begin a new business, a business that grew with each passing year. Like the old Johnny Cash song, they acquired their harvesting equipment one piece at a time. Once they’d accumulated the tools and a few groves to harvest, they found it more prosperous to market their pecans themselves. They started buying pecans from other local harvesters, and word traveled fast. Before long, they were spending their evenings amassing pecans from folks who would come straight from the orchards to their back door. Teresa would be inside cooking dinner and writing checks, while Jim was out back weighing folks out. They had to figure out a place to keep all these pecans! In the early 90’s, they purchased a building to do just that. It wasn’t long before folks began inquiring about purchasing pecans, and a retail store was born!

Through the years, the customers requested not only pecans, but peanuts, flavored nuts, gift trays and tins, and tools for shelling pecans such as crackers, goodie gitters, and the like. As time went on, the need to supply the retail store with fresh pecans became more challenging. Jim and Teresa set forth purchasing a building and equipment in which to process the pecans. This enterprise kicked off in 2007 and is now an active facility where they ship their processed pecans all over the United States and Canada. 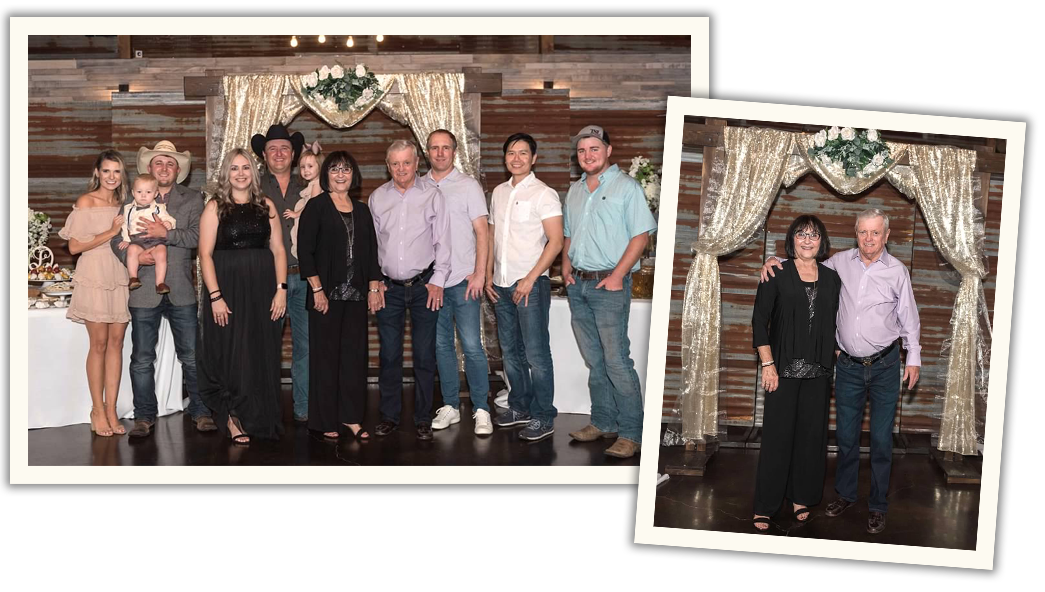